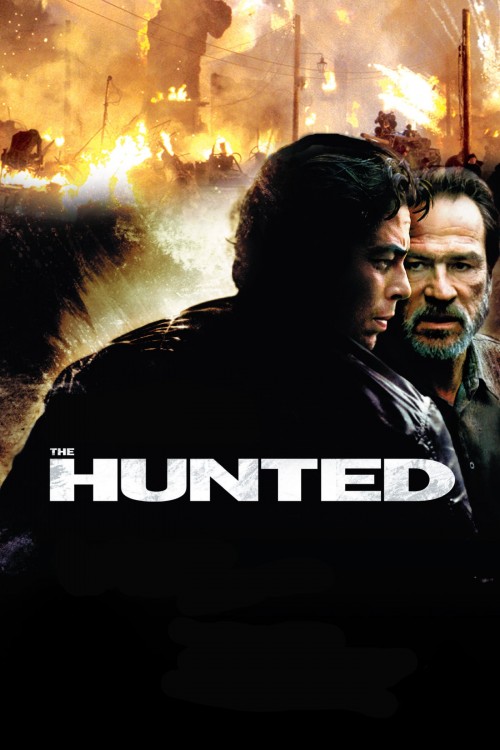 Get more information about The Hunted (2003) on IMDb

In the green woods of Silver Falls, Oregon, Aaron Hallam, a trained assassin AWOL from the Special Forces, keeps his own brand of wildlife vigil. After Hallam brutally slew four deer hunters in the area, FBI Special Agent Abby Durrell turns to L.T. Bonham-- the one man who may be able to stop him. At first L.T. resists the mission. Snug in retirement, he's closed off to his past, the years he spent in the Special Forces training soldiers to become skilled killers. But when he realizes that these recent slaying is the work of a man he trained, he feels obligated to stop him. Accepting the assignment under the condition that he works alone, L.T. enters the woods, unarmed--plagued by memories of his best student and riddled with guilt for not responding to Aaron's tortured letters to him as he began to slip over the edge of sanity. Furious as he is with his former mentor for ignoring his pleas for help, Aaron knows that he and L.T. share a tragic bond that is unbreakable. And, even as ...