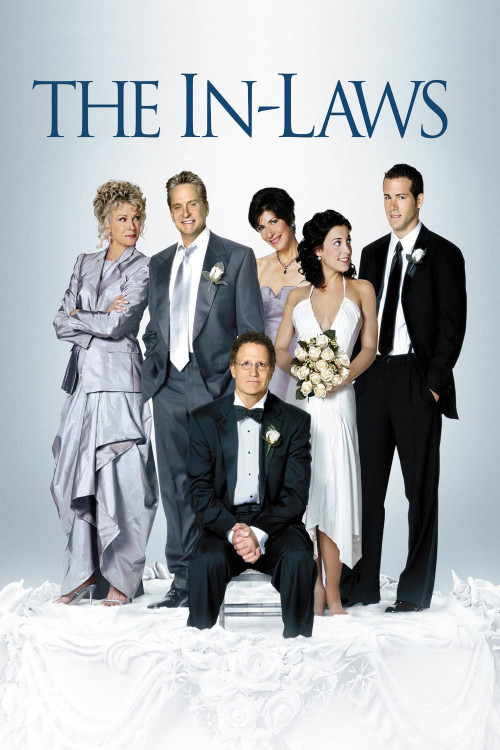 Get more information about The In-Laws (2003) on IMDb

In four days, Jerry Peyser and Steve Tobias will become in-laws when their respective offspring, Melissa Peyser and Mark Tobias, get married. Married Jerry is a Chicago area podiatrist. He is risk averse to an extreme, afraid of heights including being in tall buildings and flying, even watching airline commercials. He is also extremely controlling, having organized the lavish wedding against the simple affair Melissa had envisioned. He is aggravated that he has not yet met Steve, who has missed one family function after another. Divorced Steve is a photocopy machine salesman... or so Mark says. In reality, Steve is a deep undercover CIA field agent, something that Mark knows but is unable to divulge to anyone, even Tracy and her family. His work, which has always overtaken his life, is the reason Steve has missed all these family events. Steve is unwilling to hand over reigns of his cases to his junior partner, the capable Angela Harris. Steve finally meets the Peysers, which Steve ...