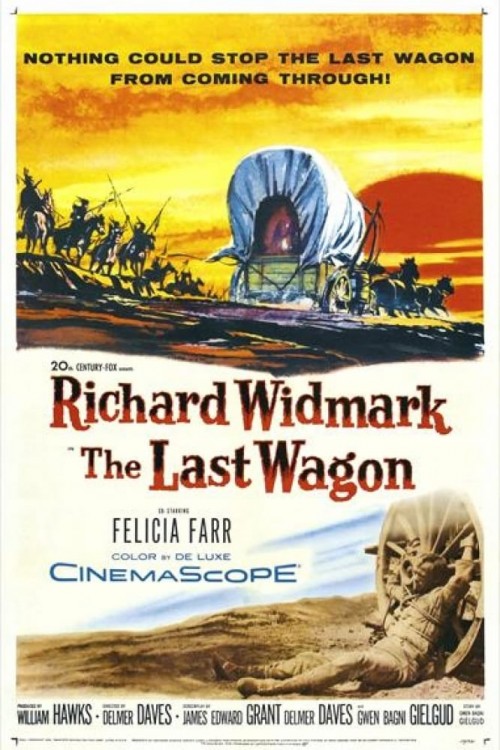 Get more information about The Last Wagon (1956) on IMDb

Accused of murdering three of Sheriff Bull Harper's brothers, the Comanche-reared white man, "Comanche" Todd, is captured and dragged to trial. Cautiously, as the two men ride across hostile Apache territory, they will join Colonel Normand's wagon train of women and children, only to be ambushed and massacred by the Indians whose families were slaughtered by the whites. Now, the few survivors have no other choice but to trust their dubious protector, Todd, as hundreds of vengeful Apaches track them down, thirsting for blood. Can they make it out alive?