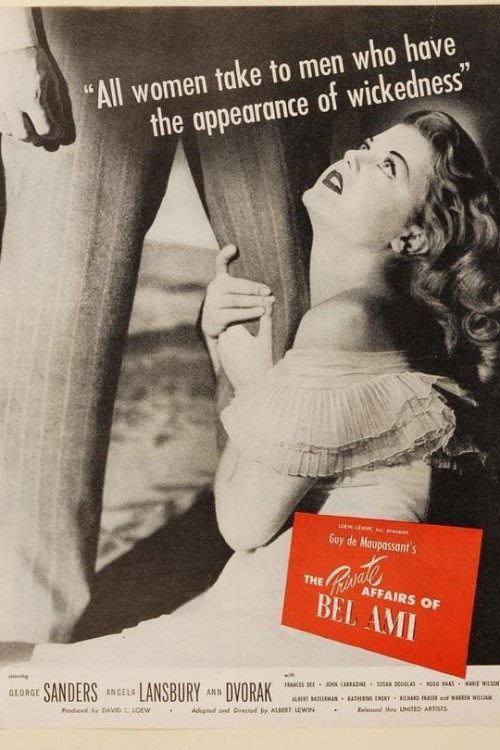 Writer Georges Duroy (George Sanders) is one social-climbing S.O.B. who does most of his climbing over the warm (and cold) bodies of women. He begins with Rachel (Marie Wilson), a hanger-on in the cafes and Folies Bergere crowd, and then moves on to dally with Clotilde de Morelle (Angela Lansbury). Always striving to move upward on the social scale, he ditches her to marry Madeleine Forestier (Ann Dvorak). Now he gets on the fast track. He persuades Madame Walter (Katherine Emery), the wife of his publisher, to fall in love with him, and then compromises Madeleine to frame a divorce, so he can pursue Madame Walter's daughter, Suzanne (Susan Douglas, before somebody decided her later-married name was her most-often used screen name). He moves along so well that ere long he is in legal position to usurp the title of one of France's most noble houses. The moral, at the end, is it is okay to mess with French women, but triffling with French titles is going too far.