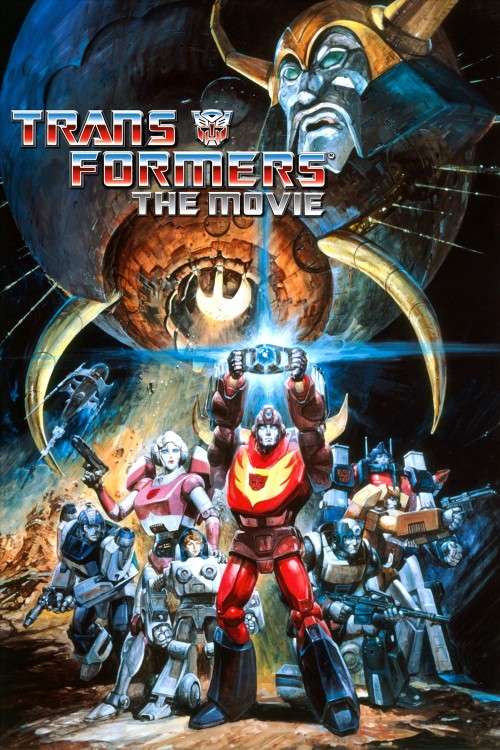 Get more information about The Transformers: The Movie (1986) on IMDb

This theatrical movie based on the television series (which was also based on a popular multiform robot toyline) did not go over very well at the box office. The movie takes place in 2005, twenty years after the television series, and chronicles the efforts of the heroic Autobots to defend their homeworld Cybertron from the evil Decepticons. Both factions are seething with anger, and that hatred has blinded them to a hideous menace headed their way. That hideous menace is the colossal planet known as Unicron, who has been ready to consume anything that stands in its way. The only thing that can stop Unicron is the Autobot Matrix of Leadership, which is possessed by the Autobots and which the Decepticons, through Unicron's orders, plan to take away from them.