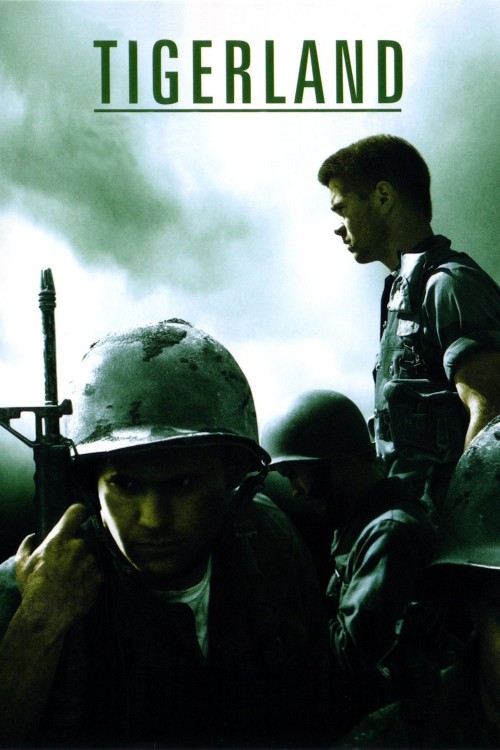 Get more information about Tigerland (2000) on IMDb

In September 1971, a platoon of recruits arrives in Ft. Polk, LA, for infantry training before leaving for war. The final week takes place in Tigerland, a swamp similar to Vietnam. Jim Paxton has enlisted; he wants to experience everything and write books later. He befriends Roland Bozz, a cool Texan with a gift for getting into trouble and for helping misfits get discharges. At least one sociopath in the platoon hates Bozz, even as the sergeants grudgingly recognize his leadership abilities. As the platoon heads into its week in Tigerland, Paxton's body gives out, Bozz makes plans to go AWOL, and the sociopath gets hold of live ammo. Is the Louisiana swamp more dangerous than the DMZ?