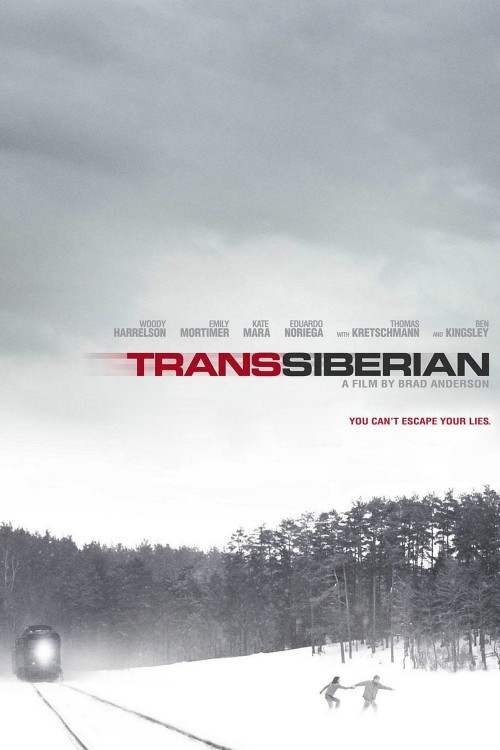 Get more information about Transsiberian (2008) on IMDb

Americans abroad. Roy and Jessie finished a volunteer stint in China. He loves trains, so they go home via the Trans-Siberia Express. There are strains in the relationship, including her past. They meet Carlos, a Spaniard, traveling with Abby, a young American. Carlos keeps close to Jessie, and when Roy is left behind and waits a day for the next train so he can catch up, Jessie and Carlos take a trip into the dead of winter to photograph a ruined church. Carlos may be running drugs, so, later, when Roy catches up and introduces Jessie to his new pal, an English speaking Russian narcotics detective, he's the last person Jessie wants to see. Will the Siberian desolation be their undoing?