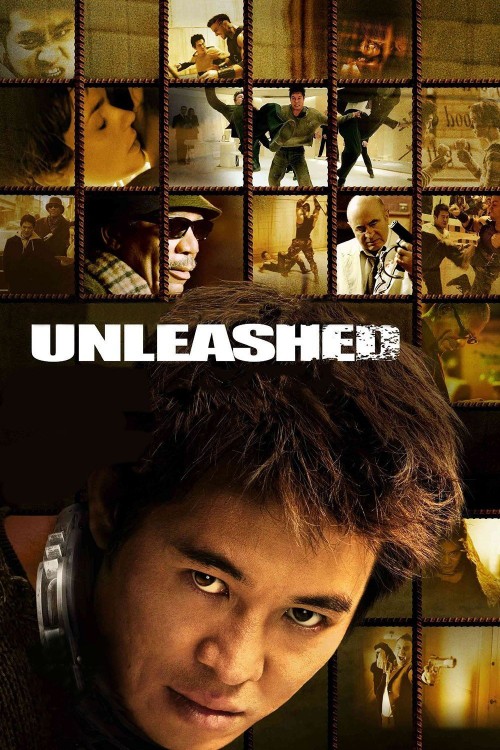 Get more information about Unleashed (2005) on IMDb

Two men cut off from the world in different ways become unlikely friends and protectors in this offbeat action drama. Danny (Jet Li) is a physically powerful but emotionally stunted man; never given any sort of proper education, Danny has learned little in his lifetime but how to fight, and his minder, Bart (Bob Hoskins), treats him more like a guard dog than anything else, using him in illegal no-holds-barred brawls that earn Bart plenty of money but only reinforce Danny's violent alienation. When Bart is injured in an auto accident, Danny is left to fend for himself, and stumbles upon Sam (Morgan Freeman), an elderly piano tuner who has lost his sight. Sam is the first person to treat Danny with kindness, and the music he plays soothes the troubled soul of the fighter. However, Danny's fighting skills soon come in handy when Sam runs afoul of a pack of small-time crooks who believe he knows too much about their operations.