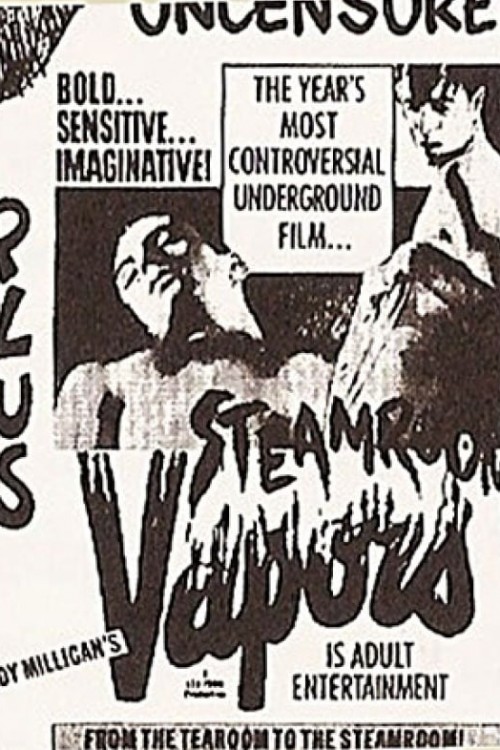 Get more information about Vapors (1965) on IMDb

New York City, 1965. Thomas is a curious young gay man who decides to take a walk on the wild side one Friday night over to the local bath house located on St. Mark's Place, known in the gay community as a secret meeting place for gay sex. At the baths, Thomas is approached by Mr. Jaffee, a closeted and married older man and first-time attendee who takes an interest in him as the new face "on the scene." A deep and philosophical discussion about marriage, homosexuality, and other social taboos begins to unexpectedly unfold between the two different men, creating a non-sexual, yet intense emotional intimacy in a very short time, while everyone around them are screwing like rabbits. After all, it is a gay bath house in New York City. However, Thomas and Mr. Jaffee are experiencing something much deeper from their conversation that elevates beyond sex.