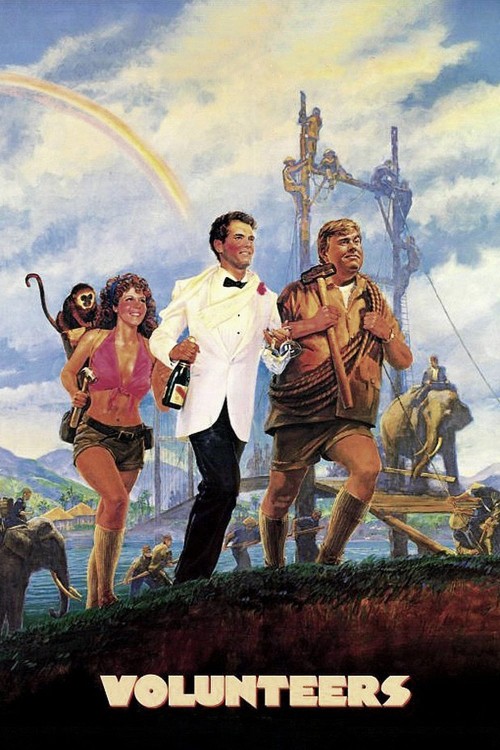 Get more information about Volunteers (1985) on IMDb

Lawrence is a rich kid with a bad accent and a large debt. After his father refuses to help him out, Lawrence escapes his angry debtors by jumping on a Peace Corp flight to Southeast Asia, where is assigned to build a bridge for the local villagers with American-As-Apple-Pie WSU Grad Tom Tuttle and the beautiful and down-to earth Beth Wexler. What they don't realize is that the bridge is coveted by the U.S. Army, a local Communist force, and a powerful drug lord. Together with the help of At Toon, the only English speaking native, they must fight off the three opposing forces and find out what is right for the villagers, as well as themselves.