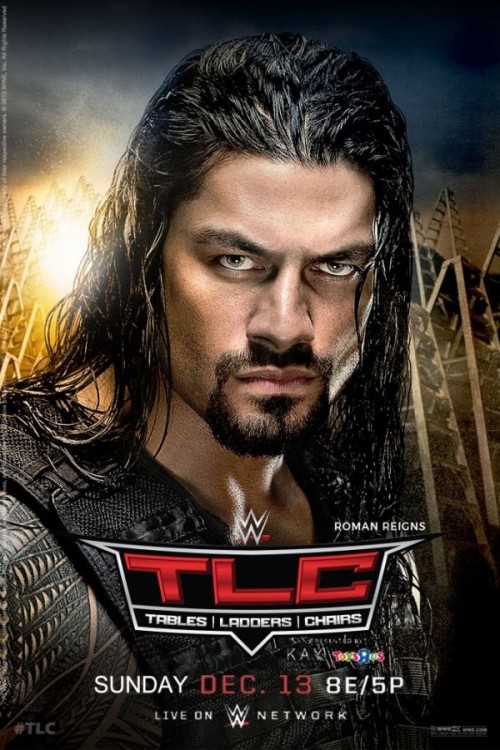 WWE Tables, Ladders and Chairs invades Boston, MA with a huge event where anything is legal. In the first match, the New Day defends their WWE Tag Team championships against The Usos and The Luchadragons in an amazing ladder match. Next up, Ryback takes on Rusev in singles competition. Will Rusev's fiance, Lana, get involved? Following their matchup, Alberto Del Rio defends his United States championship against the real American, Jack Swagger, in a chairs match. In what is being called the most extreme match of the night, Team Extreme (Rhyno, Tommy Dreamer, and the Dudley Boys) take on the Wyatt Family (Bray Wyatt, Braun Strowman, Eric Rowan, and Luke Harper) in a tag team elimination tables match. To follow the destruction of the tables match, Kevin Owens defends his Intercontinental championship against the lunatic fringe, Dean Ambrose in singles competition. It's now time for some divas action as Paige takes on the defending WWE Divas champion, Charlotte, with her father, WWE Hall...